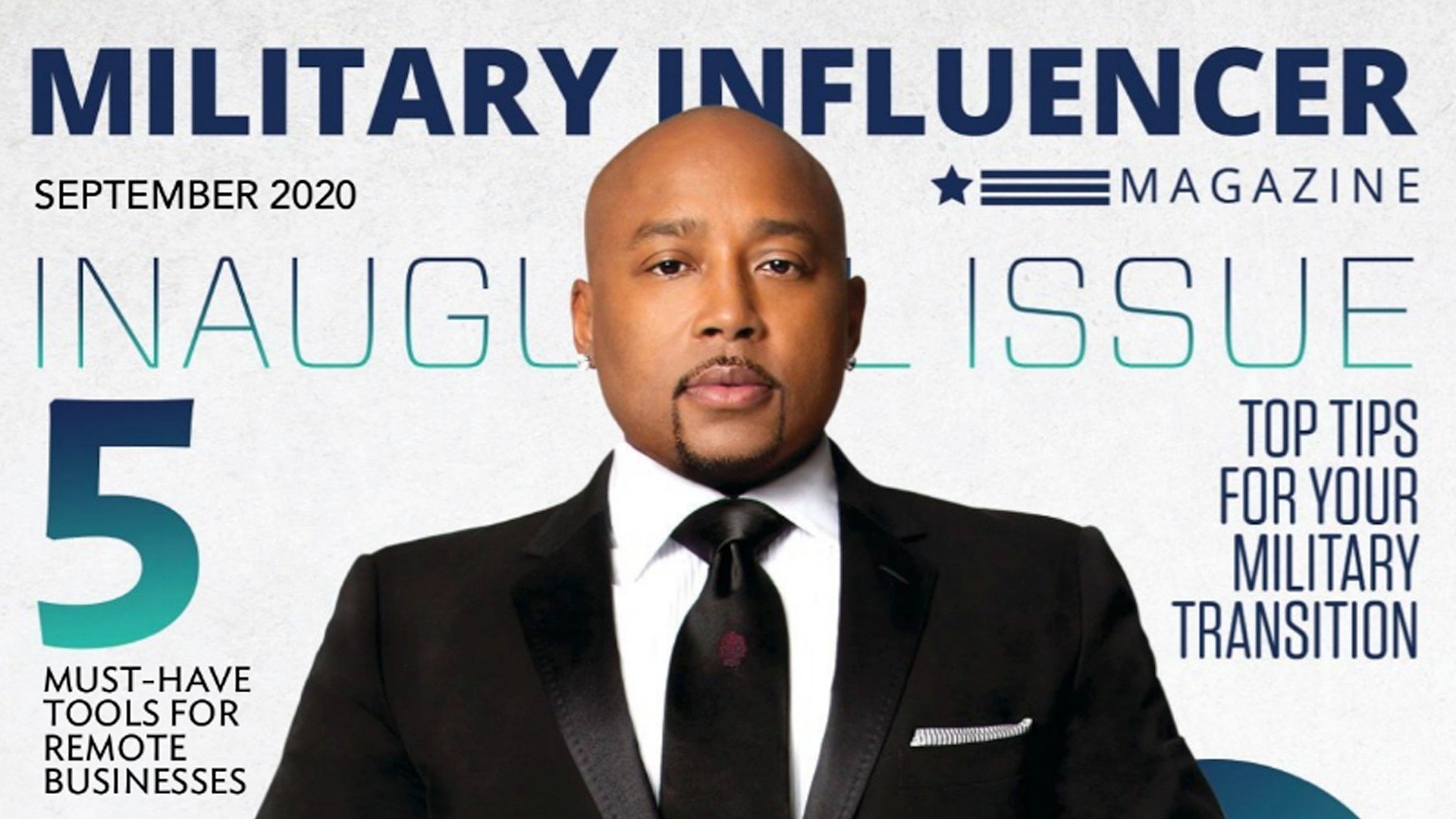 by Stephen Ruiz | Military Influencer Magazine
As the son of a Grammy Award winner, Marine veteran Shawn Driscoll has always been surrounded by musical influences.

It’s not just his father, Phil, who was nominated for five Grammys and won in 1984 for best gospel performance by a duo or group for the song “Keep the Flame Burning.’’ Driscoll lived in Woodstock, the city in New York for which the legendary 1969 music festival is named, as a child.

Now Driscoll is a driving force behind Loop Media, a premium short-form streaming service that he founded with former Disney and Electronic Arts executive Jon Niermann in 2014.

“I’ve always had an affinity for technology,’’ Driscoll said. “I remember as a kid getting my first Commodore 64 computer, and I was just amazed and enthralled about what that little box could do. Now you fast-forward 30 years, and here we are. The world is a whole new place. It’s a new frontier.’’

Despite his musical background, Driscoll, 48, did not follow that path directly after serving in the Marines from 1991-93. A lance corporal, he was a legal services specialist before an injury in a training accident ended his military career.

Driscoll used the VA’s vocational rehabilitation program to attend Lee University in Tennessee, graduating with a degree in business administration. He obtained his securities license and worked in investing before moving to Los Angeles. Driscoll met Niermann at a recording studio previously owned by Barbra Streisand, and his worldview changed while working with Billy Ray Cyrus on a video for “Achy Breaky 2,’’ a sequel to the hugely popular country music song “Achy Breaky Heart’’ from the early 1990s.

“You can make a record on a laptop and microphone and a talented producer,’’ Driscoll said. “You don’t need a 30,000-square-foot recording studio that records symphonies. That’s where I began to look at that and say, ‘There’s this world that’s emerging with streaming. How do I get involved in that?’”

With only one major music-video company at the time, Driscoll saw a business opportunity. Loop Media began with music videos but has grown to include sports highlights, digital signage and movie trailers. Viral videos are in there, too. Loop Media’s content is marketed to businesses, airports, gyms, cruise ships and more.

Niermann said Loop Media, which has offices in L.A. and Seattle, has the only stand-alone, music-video app.

“[Shawn’s] just used to process and discipline and structure,’’ Niermann said. “I’m sure that background in the military has helped. … He has clarity. He’s just very clear about his position and where he feels we should be going.’’

As head of investor relations, Driscoll realizes Loop Media must continue to evolve. Remaining stagnant is a buzz kill in business, especially in streaming.

“The world of cable and satellite, I just don’t see a bright future for those mediums,’’ Driscoll said. “It is all going to be platform-based. Everybody is competing for that space.