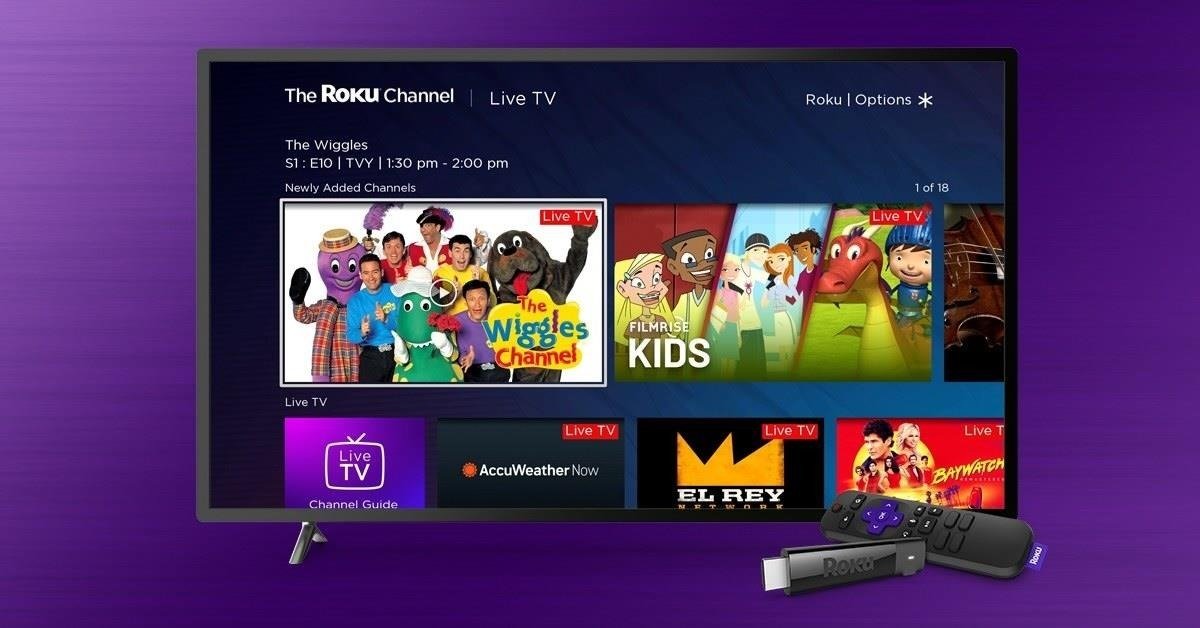 NewMediaWire
Glendale, CA - Loop Media, Inc. (“Loop Media”) (OTC: LPTV), a leading multichannel streaming platform that provides curated music video and branded entertainment channels for businesses and consumers, today announced a significant expansion of its existing partnership with Roku, Inc. Loop will bring its fully-dedicated The Wiggles Channel exclusively, initially to Roku® beginning August 19th. Now, through Loop Media, The Roku Channel will be the home for 24/7 availability of one of the world’s most popular children’s entertainment group. Launched in 2017, The Roku Channel is the home for free entertainment on America’s No. 1 TV streaming platform based on hours streamed (Hypothesis Group, April 2021).
Today’s announcement and launch follows closely on the heels of the companies’ recent partnership announcements in both the U.S. and Canada that bring several customized Loop Media music video channels to Roku customers, thereby expanding Roku’s entertainment line-up.
The Wiggles are one of the most successful global children’s franchises of all time. For the past thirty years, The Wiggles have educated, entertained and enriched the lives of millions of pre-schoolers (and their parents) all over the globe. Today, generations of fans that grew up watching are sharing their love of The Wiggles with their own children. Loop’s dedicated streaming and broadcast channel for The Wiggles, first available on Roku, will initially air content from the original Wiggles, featuring Greg, Anthony, Murray and Jeff. It will include series such as “Wiggle TV” and “The Wiggles Show,” as well as specials such as “Wiggle Time!”, “Yummy, Yummy” and “Baby Antonio’s Circus.”

“The Wiggles brand has established itself as a global powerhouse for decades in the children’s world, delighting kids and parents alike through song and dance,” said Ashley Hovey, Director, The Roku Channel AVOD. “We are thrilled to bring this family-friendly, sought-after content to the millions of engaged users on The Roku Channel just in time for Kids & Family’s second anniversary. It’s a great way to celebrate this milestone!”
“Loop’s partnership with Roku will finally allow our fans continuous access to some of the most popular Wiggles content of all-time,” says Anthony Field, Blue Wiggle and founding member of The Wiggles. “In today’s age of cord-cutting and streaming preference, it is important that we give our fans as many options as possible to enjoy The Wiggles.”

“Roku has been a fantastic partner to Loop Media for our streaming music video channels, so we are pleased that they are our inaugural partner for this channel launch," said Jon Niermann, CEO & Co-founder of Loop Media. "The Wiggles Channel is something that we are very excited about and grateful to have the opportunity to produce and distribute. This is another fantastic, curated revenue-generating channel for Loop Media, and is one that will entertain kids and families globally like few other kids branded channels can."
About Loop Media
Loop Media, Inc. ("Loop" or "Loop Media") (OCT: LPTV) is a multichannel digital platform and a leading provider of video streaming services for businesses and consumers that features its own branded music and entertainment channels and curated playlists. Through its proprietary "Loop Player" for businesses and interactive mobile and TV apps for consumers, Loop Media is the only company in the U.S. licensed to stream music videos directly to consumers and venues out-of-home (OOH).
Loop Media's digital video content reaches thousands of OOH locations including hotels, bars/restaurants, office buildings, and retail businesses, as well as millions of consumers in the U.S., Canada, and Latin America through its apps for iOS, Android, and Huawei, as well as connected TVs and Smart TVs. These TV platforms include Amazon Fire TV, Android TV, AT&T TV, Hisense, JVC, LG, Philips, Roku, Sharp, Sony, Toshiba, VIZIO, and free ad-supported TV platforms TIVO+, Plex, DistroTV, and GSTV.

Loop is fueled by one of the largest and most important libraries that includes music videos, movie trailers and live performances. Loop Media's non-music channels cover a multitude of genres and moods and include movie trailers, sports highlights, lifestyle and travel videos, viral videos, and more. The Loop Media consumer apps allow users to create their own playlists, or "Loops," and share them live with interactive watch parties. Loop Media's streaming services generate revenue from advertising, sponsorships, integrated marketing, and branded content from free-ad-supported-television ("FAST") and from subscription offerings.
Download the Loop app by searching “Loop Media” on your Smart TV's app store or opening loop.tv/app on your mobile device. To learn more about Loop products and applications, please visit us online at Loop.tv

Instagram - @looptvofficial (consumer), @looptvbiz (business)
Twitter - @looptvofficial (consumer), @looptvbiz (business)
LinkedIn -  https://www.linkedin.com/company/looptv/
About the Wiggles
For three decades, The Wiggles have educated, entertained and enriched the lives of millions of pre-schoolers (and their parents) all over the globe. Today, generations of fans that grew up watching are sharing their love of The Wiggles with their own children. Having sold over 30 million albums and DVDs, 8 million books globally, as well as accumulating over one billion music streams and 2 billion views on YouTube, The Wiggles are a dominate player in the preschool entertainment scene. Their live shows annually sell out to audiences on three separate continents, and their videos are seen in over 190 countries around the world. For more information, visit www.thewiggles.com.
Safe Harbor Statement and Disclaimer
This news release includes "forward-looking statements" within the meaning of Section 27A of the Securities Act of 1933, as amended, and Section 21E of the Securities Exchange Act of 1934, as amended including, but not limited to,  Loop Media’s ability to compete in the highly competitive markets in which it operates, statements regarding Loop Media’s ability to develop talent and attract future talent, the success of strategic actions Loop Media is taking, and the impact of strategic transactions. Forward-looking statements give our current expectations, opinion, belief or forecasts of future events and performance. A statement identified by the use of forward-looking words including "will," "may," "expects," "projects," "anticipates," "plans," "believes," "estimate," "should," and certain of the other foregoing statements may be deemed forward-looking statements. Although Loop Media believes that the expectations reflected in such forward-looking statements are reasonable, these statements involve risks and uncertainties that may cause actual future activities and results to be materially different from those suggested or described in this news release. Investors are cautioned that any forward-looking statements are not guarantees of future performance and actual results or developments may differ materially from those projected. The forward-looking statements in this press release are made as of the date hereof. Loop Media takes no obligation to update or correct its own forward-looking statements, except as required by law, or those prepared by third parties that are not paid for by Loop Media. Loop Media’s SEC filings are available at http://www.sec.gov.
Roku is a registered trademark of Roku, Inc. in the U.S. and in other countries. Trade names, trademarks and service marks of other companies appearing in this press release are the property of their respective holders.
Loop Media, Inc. Press:
Justis Kao
Loop Media, Inc.
[email protected]
Original Release